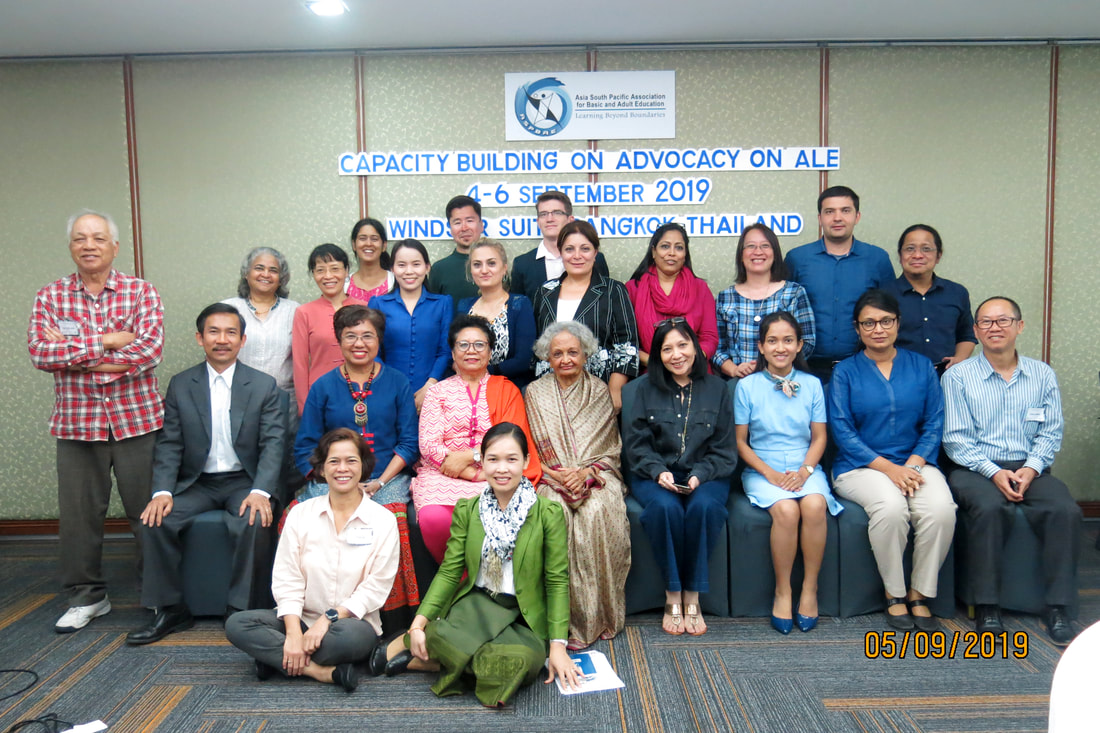 From 4 to 6 September, the Asia South Pacific Association for Basic and Adult Education (ASPBAE) in collaboration with the Institute for International Cooperation of the German Adult Education Association (DVVI) organised the capacity building workshop on Advocacy for Adult Learning and Education (ALE) in Bangkok, Thailand. Attending the event were representatives from 25 national and international organisations and offices, among which were UNESCO Bangkok, DVVI Regional Office for Southeast Asia, Office of the Non-formal and Informal Education of Thailand, and SEAMEO.

Mr Johann Heilmann, Regional Director of DVVI Office for Southeast Asia re-confirmed the close and growing long-established cooperation between DVVI and ASPBAE in actively advancing ALE. Ms Maria Lourdes Almazan Khan, Secretary General, ASPBAE, briefed on the context of ALE within the framework of lifelong learning and SDGs, and ASPBAE’s determination to involve civil society organisations in this effort. Mr Khau Huu Phuoc, Manager of Research and Training, SEAMEO CELLL, presented on policy frameworks on lifelong learning in Southeast Asia (SEA), pointing out the absence of ALE in all current education laws of the 11 SEA countries. Mr Ichiro Miyazawa, Programme Specialist in Literacy and Lifelong Learning, UNESCO Bangkok, talked about ALE in the world of work and life, stressing the importance of work-life balance, and the happiness resulting from working with a goal, not just an immediate purpose of earning money.
​
The workshop aimed to build a shared analysis on ALE, understand main arguments on the importance of ALE and agree on core policy recommendations which call for advocacy for ALE at national and regional levels, specifically in SDG 4.4 and 4.6. The workshop was also intended to provide thought inputs for the 5th Asia Pacific Meeting on Education 2030 (APMED 5) to be held in early October this year. In a situation where ALE is considered “nice to have” but quite low on the education agenda, ASPBAE finds itself responsible for reviving ALE through different means and modes so that ALE can receive the attention it deserves for the realisation of SDGs. This workshop ended on 6 September with key advocacies to be considered for the agenda of APMED 5.